Next Holy Day is Passover.....Waiting to Sight the New Moon
You are at:Home»Feast of YHVH»Creators Calendar 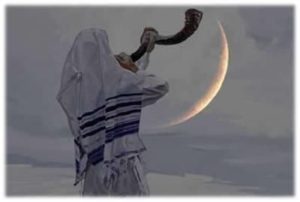 Time is important, because its neccessary to for unity. For us to assemble together in unitity we must come together to a place in time. Without time, or a method of time keeping their is no unity. The Creator of the universe, He who created time, also gives us instructions in discerning time and times. He created Days, Months, Years, and Appointed Times to discern the time and times in which we live.

Time is also important in regard to prophecy. YHVH gives us times in which things occur, and they are given on his time-clock not ours. Man has created a number of calculated calendars in honor of man and man’s gods, but they are insignifigant when understanding the times of the almighty. His prophetic events which are to occur on the days he proclaims will happen according to the Almighties time clock and not ours.

Romans 1:20 For his invisible attributes, namely, his eternal power and divine nature, have been clearly perceived, ever since the creation of the world, in the things that have been made. So they are without excuse.

Psalms 19:1 The heavens declare the glory of God, and the sky above proclaims his handiwork. 2  Day to day pours out speech, and night to night reveals knowledge.

Isaiah 46:10  declaring the end from the beginning and from ancient times things not yet done, saying, ‘My counsel shall stand, and I will accomplish all my purpose,’

The best place to begin our study of His method of timekeeping is where we begin all studies, in the book of Begginings, Berishiyt in Hebrew, or Genesis in greek.

What is a day? A day is one revolution of the earth about its axis. The biblical day begins and ends at sunset, or evening. From sunset to sunset.

This typifies our salvation, we begin in darkness, ignorance, our of covenant with YHVH but the light shines into the darkness and cast it out, and so to we come into the knowledge of our Father and he removes the darkness from our hearth through the covenant relationship he has established with us. Leviticus also confirms the night began with evening in its description of the Sabbath which was the seventh day.

Leviticus 23:32 It shall be to you a Sabbath…beginning at evening, from evening to evening shall you keep your Sabbath.”

The biblical day is divided into 12 Hours of darkness and 12 hours of daylight.

The following chart shows a general approximate understanding of the biblical reckoning of time.

These time correlations are relatively accurate close to the winter solstice but are quite abit off during the summer solstice, due to the fact that we have daylight savings time, and we use a descrete calculated hour that is irrespective of the observation of the celestial bodies.

In YHVH’s system of time keeping it all revolves around him revealing the times to us with his creation. Its not something that can be calculated and planed in advance. This will become even more evident as we study the biblical moths and years.

His reckoning of time forces us to be in relationship to Him and His creation and allow him to show us what time it is. Man’s reckoning of time is a futile attempt in self reliance where man calculated and defines his own system of time-keeping, but is largely inconsequential in the eternal scheme of things.

Additionally Man’s system of time keeping is done in such away to honor all the false gods of peganism.

Rom 1:25 because they exchanged the truth about God for a lie and worshiped and served the creature rather than the Creator, who is blessed forever! Amen.

The Roman civilization that Shual speaks of in the book of Romans was much like the Greek, Egyptian, Persian, and Babylonian civilizations before them, who worshipped the luminaries in the sky.

The scriptural method of reckoning days was to count them, first day, second day, third day, but the pagans gave names to the days to venerate their false gods. The origin of names of the days is beyond obvious.

For more information about the pegan origin of the weekdays please read our article in the paganism section on The Pegan Days of The Week.

The seventh day sabbath is completely foreign and unnatural to the ways of man.

As far back as history records we have the institution of the week, but what can the week be attributed to.

The week Its not based on the moon …….as the month is.

The week Its not based on the sun……as the year is.

The week is not based on any natural observed phenomenon.

The week is a pattern of the unseen…..not the seen.

The week is a pattern of the divine creation and a testament and a sign of the creators existence.

The week only exist because of the sabbath.

The sabbath is a divine sign of creation. Its a sign and testament to the creators existence.

Further proof of the Sabbath as a day of rest prior to Sinai is the fact that the word for the seventh day in almost every language is something that indicates rest or assembly. While all the days were known to YHVS people as 1st , 2nd, 3rd, an so on. The seventh day was known as Shabbat. The shabbat itself is what creates the structure of the week, and the purpose of counting days. While the days are numbered every language has a word that means rest, or assembly for the seventh day. Being that the languages were created at the tower of babel, this can only be the case if the day was infact regarded as a day to rest or assemble prior to the tower of babel. For more information see my table titles for the seventh day in other languages.
In short, YHVH made the seventh day holy and blessed it in creation, and we have no record of YHVH making it common. The seventh day will be regarded as blessed and holy and will remain until YHVH calls it common. In regard to the observance of sabbath keeping, we know it was given and observed in the first week of creation. Its next mention is on the path out of Egypt on the way to Sanai, prior to receiving the law of YHVH.

→ The Encyclopedia Britannica, 11th ed. vol. 4, p. 988, tells us: The week is a period of seven days, having no reference whatever to the celestial motions — a circumstance to which it owes its unalterable uniformity… It has been employed from time immemorial in almost all eastern countries. The Hebrew people spoke of the days of the week by number rather than by name. The only day that had a name was the seventh day which was called Shabat, the Sabbath, or the rest day. In at least 108 different languages the name for the seventh day, corresponding to our “Saturday”, is a word meaning “rest day.”

1st day, 2nd day, 3rd day, etc, leading up to the seventh day or sabbath. The sabbath was the only day that had a name. After all the Sabbath was the whole reason for counting and reckoning days into weeks.